In 2018, the driving force behind Kassav’, Jacob Desvarieux, put his weight behind the new scene coming out of France’s overseas territories by inviting their promising talents to the Olympia. For this second part of our cycle dedicated to the creativity of France’s islands, we look at the islands of Mayotte and Réunion.

MAYOTTE OR THE BODY MADE TO DANCE, FROM DEBAA TO HIP-HOP

According to the anthropologist Damir Ben Ali, “for Comorians, music is an effective and prestigious means of communication”.

As you travel around the island of Mayotte, the deep roots and constant presence of Sufi devotional practices are clear to see. Spirituality, passed on in the Koranic schools, is honoured in many forms: moulida chengue, dakhira and debaa singing, etc. The latter, a female musical-choreographic genre originating from the Rifayi and Qadiri religious groups, is a responsorial song of praise to the Prophet, accompanied by minimalist, hypnotic dancing that consists of sketching out movements with the upper body using slow and refined gestures with the arms – ornamented with jewels – and hands – covered in henna – which move in unison to the beat of the tambourines in perfectly controlled undulations that evoke the waves of the ocean. Debaa, a wonderful event when everyone gathers in a venue decorated for the occasion (bandra bandra) and the archetype of a matriarchal society, has not lost its fervour at weddings and festivals held in Mahoran villages – unlike other endangered dances such as wadaha (the dance of the pestles). Yet it also circulates away from the island, both in northern Madagascar and in Europe, where, thanks to its aesthetic reach, transgenerational nature and the profound respect its joyful beauty inspires, it has become the prestigious privilege, a floral and colourful synonym for its island, like the bright saluvas in which its female ambassadors are dressed.

However, we are currently witnessing the gradual folklorisation of traditional Mahoran dancing for political purposes: mbiui dancing on the Mayotte stand at the Paris agriculture trade fair, welcoming tourists at the airport, indigenous music and instruments involved in political festivals and events, for example. This sterile spectacularisation is opposed by heralds committed to the meaning of tradition, like musicians such as the preacher of interculturality Mikidache, the custodian of shakasha (an old slave dance) Colo Mangara, and the ubiquitous farmer and player of the gabusi lute Komo, Mayotte’s most followed artist on Facebook.

The godfather of all these initiatives is Abou Chihabi, who founded the only contemporary genre in the 1970s by referring to this traditional heritage: folkomorocean. Abou Chihabi also met Del Zid, Diho and Zama Colo in 2009. Their ambition is to stimulate a new musical movement by playing the gabusi lute and the dzendze zither together over celebratory mgodro rhythms, with instruments such as the saxophone, flute and electro-acoustic guitar, navigating between blues, folk and rock. Faced with the pressing issue of whether Mayotte should become a French département, contemporary Mahoran music is also represented by the subversive anti-colonialist songs of the politically committed guitarist and poet M’Toro Chamou and the politicised reggae of Babadi, Bob Dahilou and Wubani Spirit, who call for insurrection against the violence of a social and economic crisis experienced by many of their fellow citizens, plunging them into disarray, alcohol and drugs.

One thing is certain, music and dance are inseparable in Mayotte: from debaa to urban dance, via mgodro, the specific rhythm of Mahoran popular music, the body is called upon to take part in the party spirit! To counteract a feeling of helpless powerlessness, the body is in fact again being used on a new and prolific hip-hop scene in Mayotte, which has become the capital of the genre in the Indian Ocean and is embodied by Nixo, the new prince of afro-trap, Sango Sy, Garde Impérial and Bo Houss.

Along these lines, the Evolution hip-hop collective powerfully unites forgotten young people along with Mozambique Channel, allowing them to express themselves, to dream. Like a life raft, hip-hop, the protest genre par excellence, has become a vector for acquiring professional skills (even to the extent of the 2016 victory in one of France’s main national breakdance competitions: Battle of The Year in Montpellier) and a means of emancipation for a new life outside the vicious circle of violence and misery.

RESILIENCE IN TRANCE: THE ERUPTION OF ELECTRO-MALOYA IN RÉUNION

On Réunion, new musical trends are redrawing the musical map of the island, like the post-hardcore garage noise trio Pamplemousse or the mystical rock-afro-blues of Tapkal, fronted by Ananda Devi Peters, daughter of the iconic poet and stellar wanderer Alan Peters.

But Réunion remains unfailingly associated with maloya, an aggressive ternary blues, inherited from Malagasy and African slaves and on UNESCO’s Intangible Cultural Heritage list since 2009. Maloya still has a sense of adventure, however, and has been enriched by the blended collaborations of its roving artists, such as the famous group Lindigo. Led all over the world by the charismatic Olivier Araste, from South Africa (and the electro-tropical sounds of Skip & Die) to Angola (with the queen of kuduro Pongo), via Cuba (and the rumba of Los Munequitos de Matanzas), the group creates a nomadic maloya, but one still rooted in the tradition of servis kabaré, ceremonies in homage to ancestors, once held in secret. 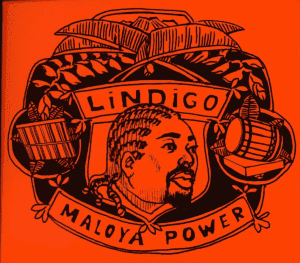 Réunion is proving to be an island conducive to the discovery of musical otherness, to creations that bring with them the colours of Créole, such as Rougaiverde, a project envisaged by Elida Almedia from Cape Verde and Tiloun from Réunion itself. Two types of island music, two rhythms invented and danced by slaves in opposition to the same colonial yoke.

But even before seeking inspiration in other lands, maloya renewed itself from within by associating itself with the island’s long history of electronic music. Zong were the first group from Réunion to use machines to create a local blend, followed by Jako Maron, another activist from the early days of electronic music on the island who chose to sample the voice of Danyel Waro and mix it with a techno beat imitating the swaying of the kayamb. The Festival les Electropicales was founded in 2009 and now acts as a rallying point and mouthpiece for the new Réunion scene. 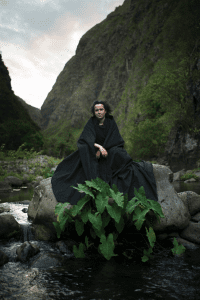 From Maya Kamaty, daughter of Gilbert Pounia, to Carlo de Sacco, frontman for Grèn Sémé, from Labelle’s captivating remixes (Nathalie Natiembe, Bachar Mar-Khalifé…) to those of Do Moon, the list of those experimenting with evolving electronic maloya suitable for trance keeps getting longer.

A recent project: Jean-Didier Hoareau’s Trans Kabar also work on an electro-rock reading of Réunion’s mystical rites carried out with “fonnkèr”, an energy that lends itself to trance.

Although the greatest voices of maloya have traditionally been male – Granmoun Lélé, Firmin Viry and Danyel Waro – a new generation of emancipated and unbridled women are beginning to speak the unspeakable and break island taboos. Maloya has become a companion to an introspective, narrative music which, to awaken consciences, finds its cathartic significance by addressing both mind and body.

Kaloune is one of these: accompanied by her mbira, she moves between prayer, declamation and singing, constructing a new Réunionese language and inventing a contemporary form of orality that is both freeing and vigorously feminist. 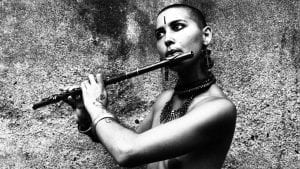 “Turn the memory of its ashes to the burn, make screaming tear itself apart and insist silences speak”, this is the credo of another visionary artist, Ann O’aro. Her poetic parables in Creole – the carnal language of what is forbidden – serve up a stripped, visceral blues against a backdrop of maloya. The theme is incest, perpetrated by her father, a violent prison warder who committed suicide when she was 15. It is by sinking into her memory – using music as an outlet – that she manages to evoke a post-traumatic humanism. Her voice is both assertive and cradling, anger erupts; the body, in all its states, conjures up her demons and revisits the madness of savagery in a manifesto of intimacy, spiralling and wandering after the outrage of a desecrated childhood and a plundered body.

There is only one keyword: resilience, vehemently and without concession!