In 2019, Hong Kong experienced a series of political protests which upended civil society. What originated as peaceful protests against an extradition bill proposed by the Hong Kong government transformed into a movement against police brutality. In this turbulent time, different genres of music echoed the sentiments of the people.

The underground rap scene took a strong stance in the conflict. Local rapper JB released a Cantonese track titled Fuck the Popo, which aroused great attention from the population. An expression of anger towards the local police, the song embodies an up-tempo energy that rallies crowds. « We keep our bodies clean of chains and dishonesty / You guys muzzle your guilt behind you fangs / and batoned our heads in innumerable “modesty” »

The explicit rap channeled the frustration and resentment felt by the youths, who find themselves identifying with the lack of control and rage they feel against the authorities. Finding a community of local artists gave them a sense of community sorely needed in their unstable environment.

Protestors raised the hymn Sing Hallelujah to the Lord to ‘purify’ police officers in a peaceful protest against the shooting of Hong Kong students by police during the June 12 clashes. Several priests and ministers were on hand to pray for the demonstrators, calming them down and leading the crowd in hymns to cool the tense and confrontational atmosphere.

With only one line in the song, Sing Hallelujah to the Lord became popular among protestor due to its short length and easy melody. The religious element of the song did not deter non-Christians from singing along. In fact, the hymn is symbolic of the religious freedom that sets Hong Kong apart from China, which is now under the threat under the extradition bill that could potentially supress religious practices.

Hong Kong citizens also composed a variety of songs during the 2019 protests. The most popular among them was Glory to Hong Kong, by Thomas Dgx Yhl, which has even been referred to as the only legitimate national anthem of Hong Kong. In a statement to BBC China, Professor Chow Po Chung testifies that the song elicited crowds of people to sing along when it was played as a form of collective expression resulting from the accumulation of emotion from the conflict. The melody and the song lyrics captured the feelings of the public and resonated with them, creating empathy, and uniting the protestors.

« Through the mist a solitary trumpet flares: Now to arms! / For Freedom we fight, with all might we strike! / With valor, wisdom both, we stride! » These lyrics signify the call to action that compelled the Hong Kong people to act. What makes the song even more unique and moving to the people’s heart is the participatory aspect of the anthem. Having been played and sung in a wide variety of public places from protests chains, to shopping malls to orchestral performances, the song serves as a boost of morale, and a sign of strength and pride of the people of Hong Kong. 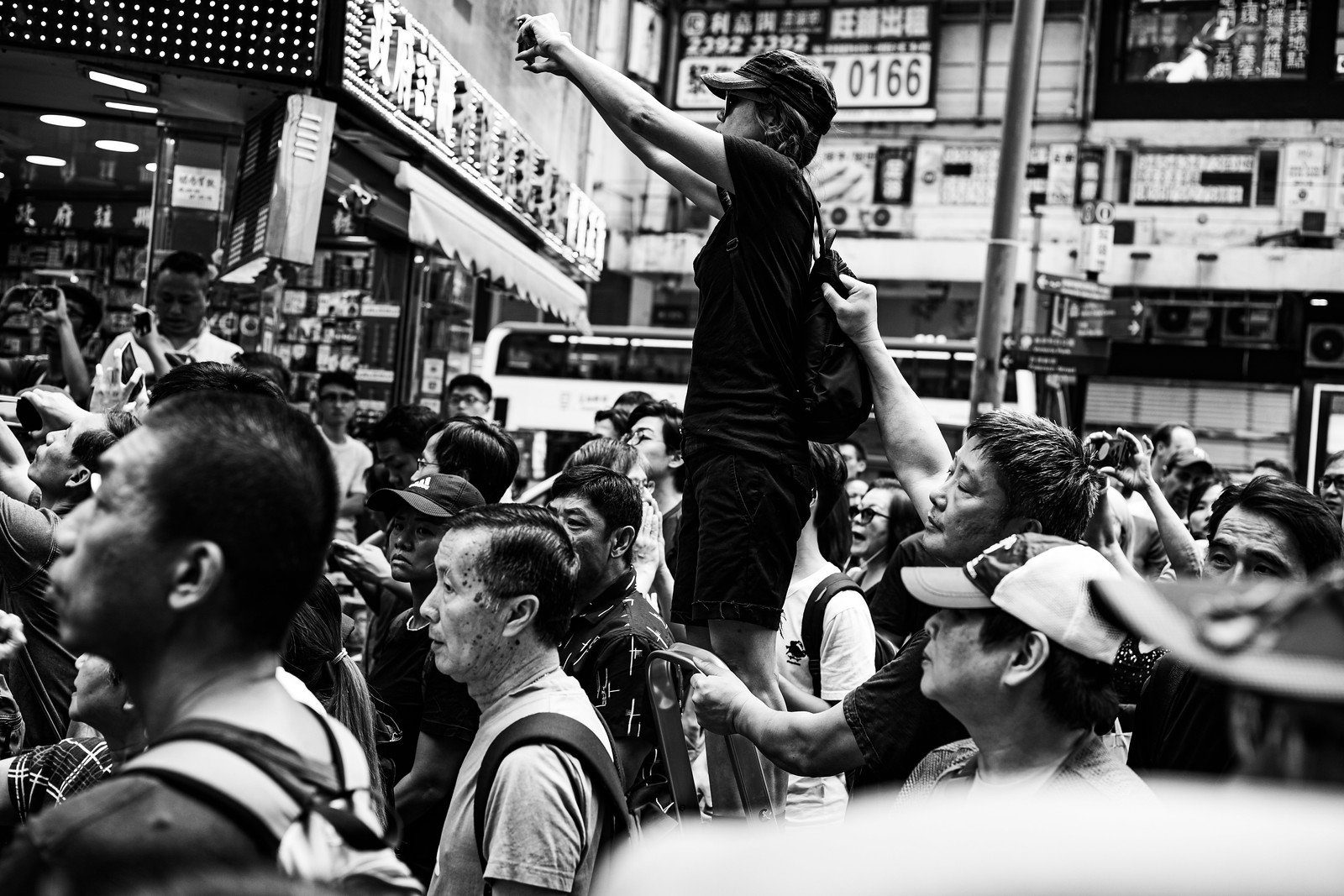 Tsam Yi is a third year social-science student from the Hong Kong University of Science and Technology. The 2019 protest has been a traumatic experience for all the Hong Kong people and this motivated her to research and present the role that Cantonese music has played during that hard period and the significance of it.

Tan Kai Rene is from Singapore, and is currently undertaking an undergraduate degree in Political Science and Sociology. She is keenly interested in popular culture and political issues surrounding the Southeast Asian and Asia-Pacific regions. Music has been one of her greatest comforts in life, and her favourite genres include rock, pop, indie and jazz.